Mail services is one of the main services of post office that deals with collections of letters and parcels from sender to distribute among the receivers. Indian postal service deals with both inland and international mails. 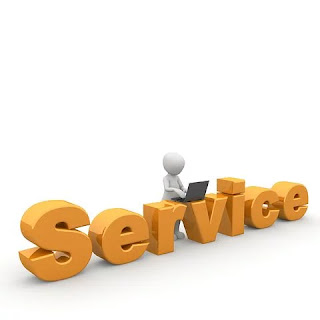 Post card is the cheapest means of written communication. It is card on both sides of which we can write our messages. It has a specified space to write the address of the receiver. In the post office, two different types of post cards are available. One is ordinary post card and the other is competition post card. While ordinary post card are used for writing letters, competition post cards are used to send reply to questions asked in various competitions announced through radio, television, newspapers and magazines.

Like post card, written message can also be send using inland latter card. This card is sold by post offices and is commonly used for sending messages within our country. Unlike post card, the written portion of the inland letter card is folded and sealed. Only names and addresses of the receiver and the sender remain open. Thus these ensure secrecy of the message. However no encloser is allowed inside the inland letters cards. A special type of card just like inland letter card is used for sending message to foreign countries. It is known as “aerogram”.

As a post card are not suitable for sending confidential messages and in inland letters card it not possible to send any enclosure although it ensure secrecy of the message. If one wants to send an application or biodata seeking employment in any organisation, a postal envelope or an ordinary envelope with postage stamps affixed on it can be used for sending enclosure in it, you need to close it and sent it to the receiver.

The postal facilities through which articles can be sent in the form of parcels is known as Parcel Post. It provide reliable and economicaly parcel delivery service. Under parcel post services, parcels of specified size and weight can be sent across the country as well as outside the country. Postal charges vary according to the weight of the parcel. Separate postage is to be paid for inland and foreign parcel post.

Printed materials, printed books, periodicals, greeting cards can also be mailed as book book post. Under book post, envelopes containing books or documents should only be closed but not sealed. It should be mentioned on the face of envelope as “Book Post”. The postage on Book post mails is less than the posted on seald envelopes.

Telegram is an important medium of sending message to distant place. Whatever message the sender writes in the telegram, it is communicated in the same form to tell receiver. First of all the message is comminicatd by one post office to the other post office situated nearest to the place of the addresses. From there a postal employees takes the message to the house of the receiver. The expense on the tekegram is calculated on the basis of the words written in the message.

Post office also offer various mail services having some extra advantages like sending mails faster, ensure certainly of delivery of mails, compensating the sender in case of loss or damage to the mail during transit, etc. One can avail of the benefits of all these facilities by paying additional postage.

The post office offers registered post facilities through which one can send our letters and parcels. These mails are handed over to the post office affixing additional postage as registration charge. On receiving the mail the post office immediately issue a receipt to the sender which also serves as a proof that the mail hassle been posted “Acknowledgement Due Card” can be entered along with the registered mail.

While mail are in transit they can get damaged or lost, resulting in a loss to the sender. In case of ordinary letters, registered letters or parcels, post office can not be held liable for any loss or damage to the article. However, there is a provision that a sender centre insure the letter or parcel so that, in case of any loss or damage to the letter or parcel, the post office shall compensate for it. Thus, insured post is a type of mail service through which valuable articles may be sent after insuring these upto a specific amount. The insurance premium is paid to the post office according to the value for which the mail is insured.

Sometimes because of some urgency or to avoid delay we want our mail should reach the address a the earliest. Here post office provides time-bounded as well as guaranteed mail delivery through its Speed Post Services. Under this service, letters, documents and parcels are delivered faster within a fixed time frame. This facility is available at specific post offices. The post office charges relatively more postage for speed post than that of ordinary mail and it’s varies according to distance.

When it is necessary to send letter to a person whose exact address is not known you can send it to the postmaster of the area in which the receiver resides. These letters are called Post Restante Letters. While sending such letters you have to specially mention post restant or care of post master on the face of the letters. With this indication the letter will be retained at the post office at the receiving end and delivered to the address on his calling the postmaster concerned The post office at the receiving end retains such letters for a maximum period of 14 days. Then it is returned back to the sender or to the Return Letter Office. This facility is particularly suitable for tourist and travelling salesman who are not sure about their address in a particular place, or for any other person looking for a fixed address at a new place.

About Techymark 12 Articles
My name is vinod and I am share about Educational blog.